My first site visit on the coldest day of the year; the ice and early morning light captured a precious moment on the Ridgeway amongst these ancient landmarks of Uffington’s horse, iron age hill fort and Dragon mound in Wiltshire.

I have won a bid for a large land art project in Swindon, Wiltshire, as part of their New Eastern Village development. Over a year-long project, I will focus on two land art projects collaborating with two other artists Holly Hickmore and David Mackie.

As part of Swindon’s public art strategy ‘Green Routes to New Neighbourhoods’ the commissions will look at sustainable movement, history and character of place whilst engaging community during the process of delivery.

It is a privilege for me to work on such an earthwork project in a landscape steeped with the beauty of these ancient landmarks. 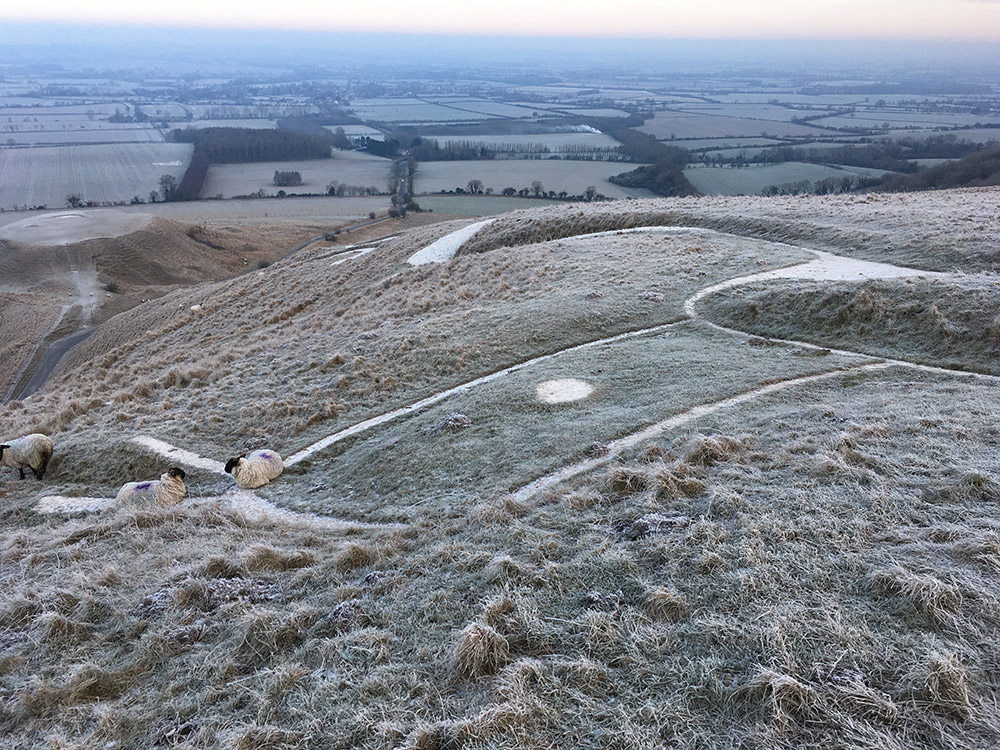 Back to News
Page load link
Go to Top