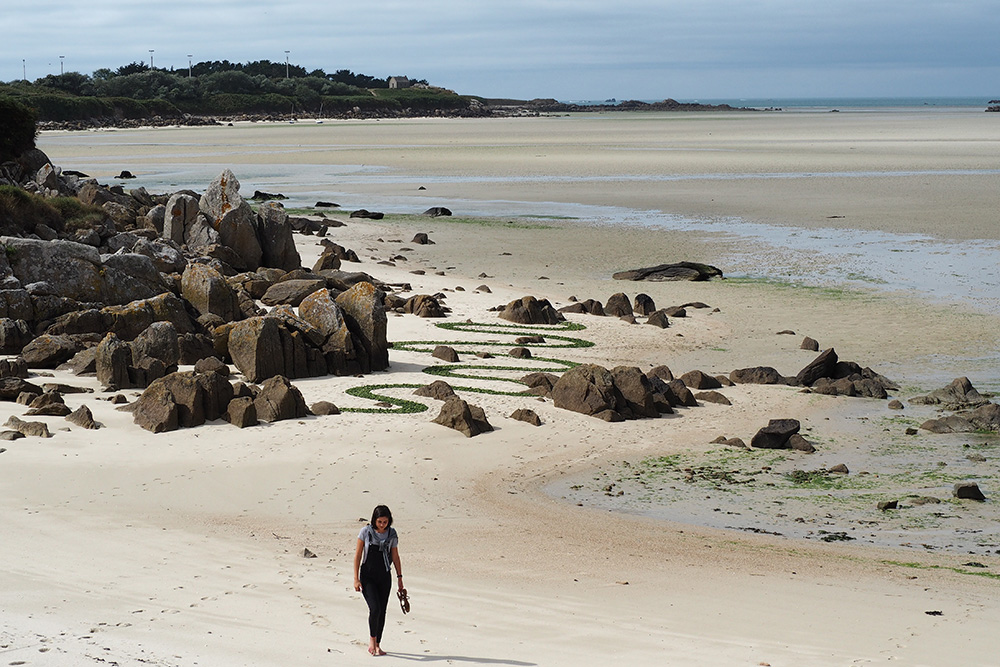 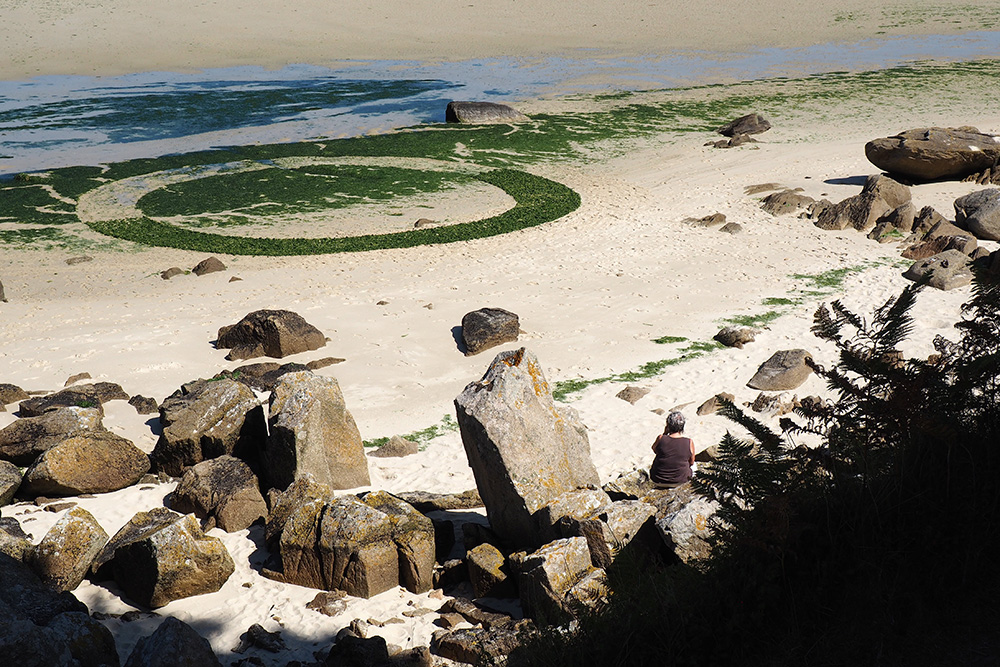 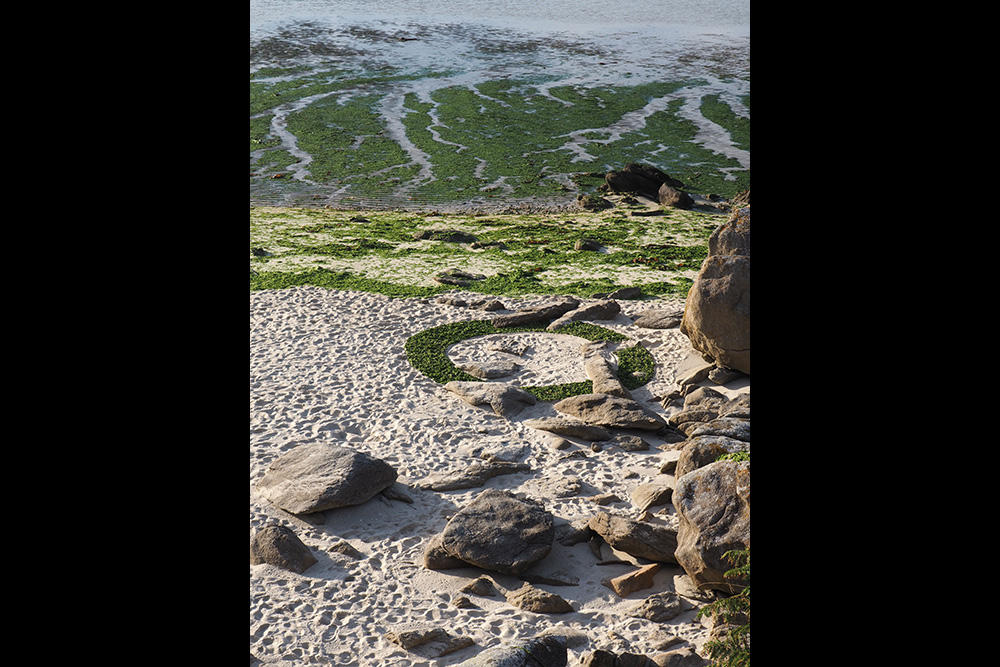 Seaweed appeared on the white sandy beaches of Guisseny. Transparent and illuminous in water and dark opaque green when deposited on the edge of the tideline. This ephemeral medium was used to create marks along the coastline through a number of workshops on the 10th anniversary of ‘A Domicile’